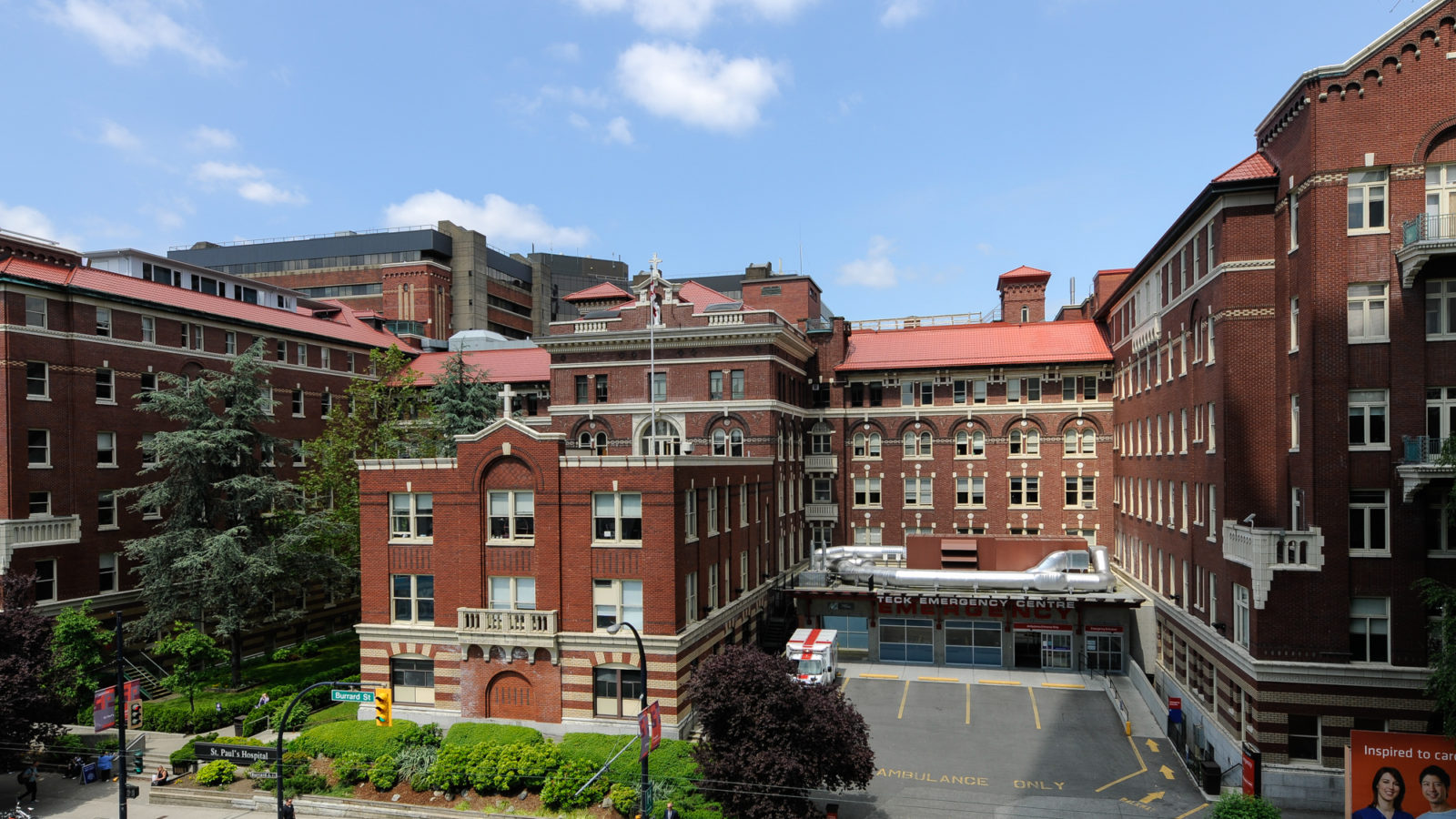 Providence Health Care is a network of hospitals, residences and clinics based in Vancouver. It provides care to nearly 620,000 patients from throughout British Columbia and the Yukon. Its largest site is St. Paul’s Hospital, located in the city’s busy downtown hub and home to the Media Services Centre, the network’s educational support arm. The centre oversees the media and printing needs of approximately 6,600 employees and nearly 1,200 medical staff. This includes publications, annual reports, graphic arts applications, web projects, video production and printing requests.

The centre recently bought its first Canon printer, the imagePROGRAF PRO-2000, a 24-inch large format printer. They experienced too many issues with their previous machine, which prevented the centre from offering a range of printing options to their clients. “Now printing is an area I’m now hoping to rebuild with this new PRO-2000,” says Brian Smith, photographer/media specialist with the Media Services Centre. 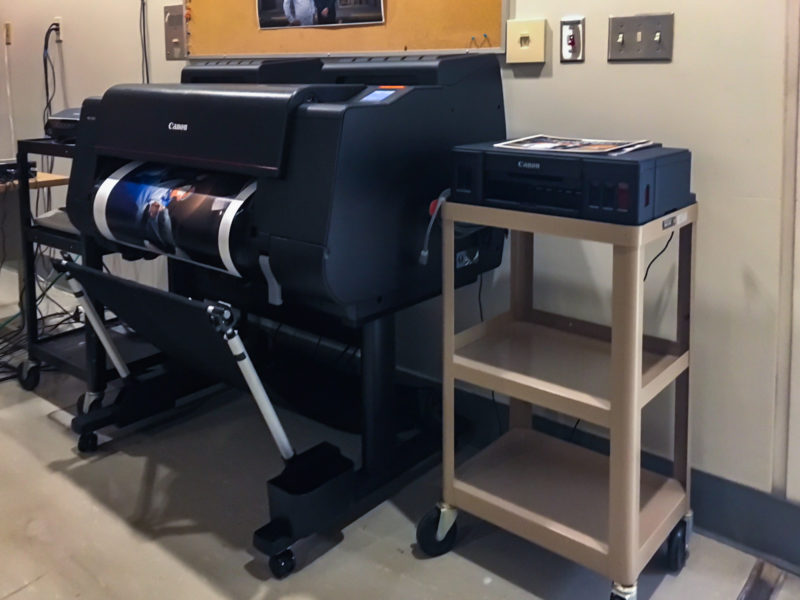 St. Paul’s previously used another manufacturer’s 17-inch large format printer. “It was always a struggle to get it to work, to even get the heads unclogged,” says Smith. The printer’s unreliability led to stress and frustration, fewer print jobs, and misused energy and resources. “Most of the time, I had a backup plan to outsource printing because the failure rate was getting to be more than 50 percent. Our original goal was to create a new revenue source, but that ended up being a complete failure because of the waste of time and materials.”

Part of the issue, says Smith, could’ve been environmental: the old large format printer couldn’t meet the challenges presented by the dry air conditions of a hospital.

The PRO-2000 can. Its PF-10 print heads with anti-clogging FINE technology reduce the possibility of clogging. Ink ejection conditions get checked by 27 sensors, and if a clog is detected, another nozzle automatically provides backup.

“I haven’t seen any of the previous problems of clogged heads,” says Smith, “or nervously checked every picture that comes out looking for the lines you get on a print when the heads are plugged.”

That consistency provides predictability. Says Smith: “It’s wonderful being able to plan your day out, knowing that you’re going to put a certain amount of time aside for printing and not have the whole day consumed by problems. And when you print something, it’s very quick.”

With the PRO-2000 being such a recent addition to the media centre, word has yet to be spread to the other sites about its arrival and capabilities. However, a handful of larger jobs has not only offset the cost of the printer already but also impressed both Smith and his clients, the network’s other internal departments.

The new CEO’s office asked for five printed and framed photos; they ended up buying eight. “I credit the printer for doing such a wonderful job on the printing of those images,” says Smith. “There’s great detail and depth in the images, especially in the fine art papers. The really do look striking. I’ve found I feel like an artist with this printer.”

For another job, Smith printed several portraits on legacy glossy paper. “They looked amazing. With the old printer, there’s no way I could’ve got the same quality of prints with that paper.”

With a printer that doesn’t require a Plan B be put in place, Smith says they can now do almost everything in-house. That makes it easier to forecast costs and budget. “What’s really important is having the ability to control what we’re doing and having this creative tool that supplements the rest of our department’s services,” says Smith.

With the PRO-2000 being equipped with pigment-based inks and the latest technology, the sales team expressed confidence in the machine’s ability to handle any print job. The PRO-2000—in fact, the entire PRO Series—was designed to work seamlessly with any media type. Matte Black and Photo Black have their own dedicated nozzles, meaning there’s no need to manually switch ink tanks between print jobs. So far Smith has used fine art paper, matte paper and smooth pearl paper. And when he decided to dust off some decade-old media that the previous printer couldn’t handle, he ended up with eight portrait prints. “With this printer, I can translate my creativity into producing products that are very sellable.”

Smith speaks highly of the support he received both before and after buying the large format printer. His sales rep arranged a field trip to nearby Emily Carr University, which has two PRO-2000s. He spoke directly with their printing services manager and watched a demo. “That was extremely helpful,” says Smith.

There was a small glitch during setup, causing abnormal ink usage before a single job had been started. Smith expressed his concerns to Canon. “The response was extremely positive,” he says. “We rebooted the printer and were sent replacement inks. Since then, everything has worked perfectly.” With the old printer, the manufacturer twice sent warranty replacements—one a refurbished model—because they couldn’t fix the issues. “Starting off [this time] with a minor problem scared me,” says Smith, “but to have it solved immediately—something that was difficult to deal with in our other situation—was huge for me.” 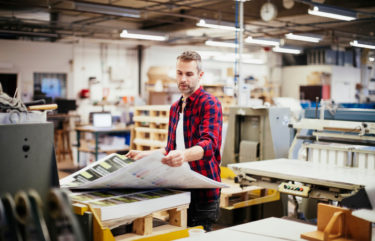 Put some stock in these tips for choosing the right paper 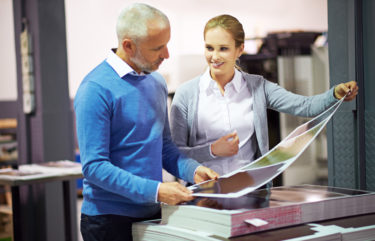 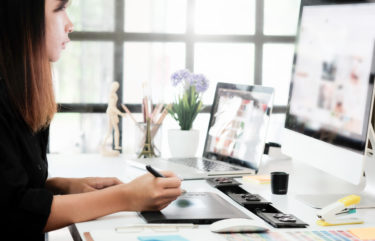 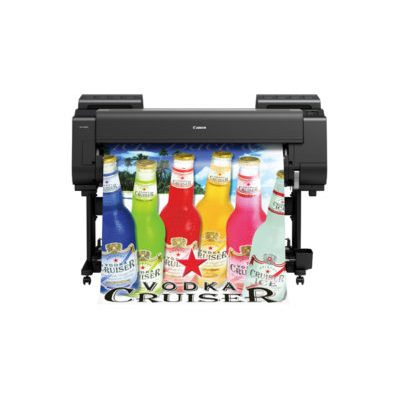 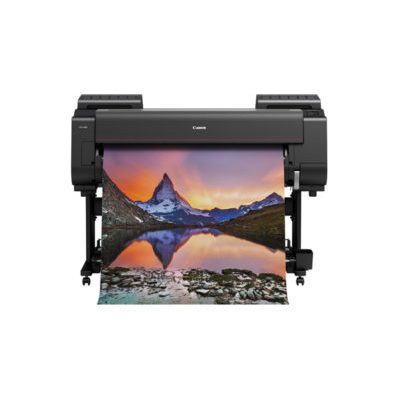